For years, CBS ran a program called “Everybody Has a Story.” Host Steve Hartman threw a dart at a U.S. map, flew to that city, opened a phone book, put his finger down and called that household. If the individuals were willing, Hartman highlighted their life stories. Before leaving, he asked them to throw a dart for his next destination. 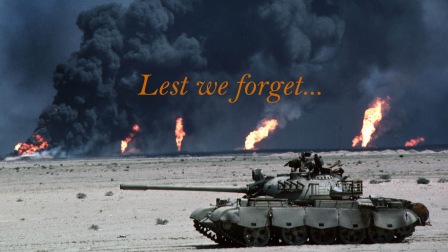 What a marvelous illustration! It shows two things. First: the struggles of being human are something we all share, no matter our age, race, or background. Second: our stories matter, especially when someone really listens.

But listening is a dying art. We fixate on our TVs, computers, or smart phones. With sound byte mentalities, we wish people would just get to the point. We formulate responses before others finish, cutting our attentiveness to zero.

Paul Tillich once said, “The first duty of love is to listen.” People long for someone to hear them. In our raucous world, open ears and hearts provide an oasis of acceptance. And the benefit to us can be astonishing. Our worlds expand! Here’s an example.

One day a short African-American man with a warm, near toothless smile came to our church. He was homeless, sleeping in his car, and wondered if I could help with lodging and food. When I agreed, he said, “Thank you, sir!”

That’s when I saw the military bearing in his shoulders; I heard the respect in his voice.

“Yes, sir. I served in Desert Storm with the First Mechanized Infantry.”

“Tell me your story,” I said. Then I listened without interruption.

What followed was a harrowing page of American history, and it was my privilege to hear every word.

Raised in New Jersey, William Milburn inherited his family’s tradition to join the military. He enlisted in the Army National Guard after high school. When he got laid off from a factory job, he decided to go active duty. Eventually he was transferred to Fort Bliss, assigned to the First Armored Division.

In August of 1990, William was a front-line tank gunner when the U.S. invaded Iraq. As he spoke, I could hear the roaring jets, the deep booms as William locked onto distant Iraqi targets and destroyed them. Those traumatic memories still open fresh wounds.

“We saw trucks, jeeps and tanks with mangled, blackened bodies. The smell of death is horrible, pastor. I was a soldier, but as a Christian, any loss of life is terrible. I remember looking at one body draped from a jeep and thinking ‘man, that guy had a family.’ It was war. I did my duty. But it was still so sad.”

William received bronze stars for his valor. I told him I couldn’t thank him enough for his selfless service to our country. I’m happy to tell you he is back on his feet, working hard, enjoying life with a new girlfriend.

So think of this as you shop, work, and travel. Every person you see has a story. And sometimes the people we pass over the quickest have the most mind-blowing tales of all. A homeless veteran taught me this lesson.

All I had to do was listen.

Krin Van Tatenhove grew up in the Los Angeles area, but has lived all over the country: Nevada, New Mexico, South Carolina, and now Texas. He has been an ordained Presbyterian pastor for 31 years, with simultaneous experience as a Hospice chaplain, Director of two projects for Habitat for Humanity, substance abuse counselor in both Nevada and Texas, writer for newspapers and magazines. He has written numerous books, and is the co-author of "Neighborhood Church: Transforming Your Congregation into a Powerhouse for Mission," just released from Westminster John Knox Press. Krin and his wife, Donna, have a blended family with four children. View all posts by krinvan